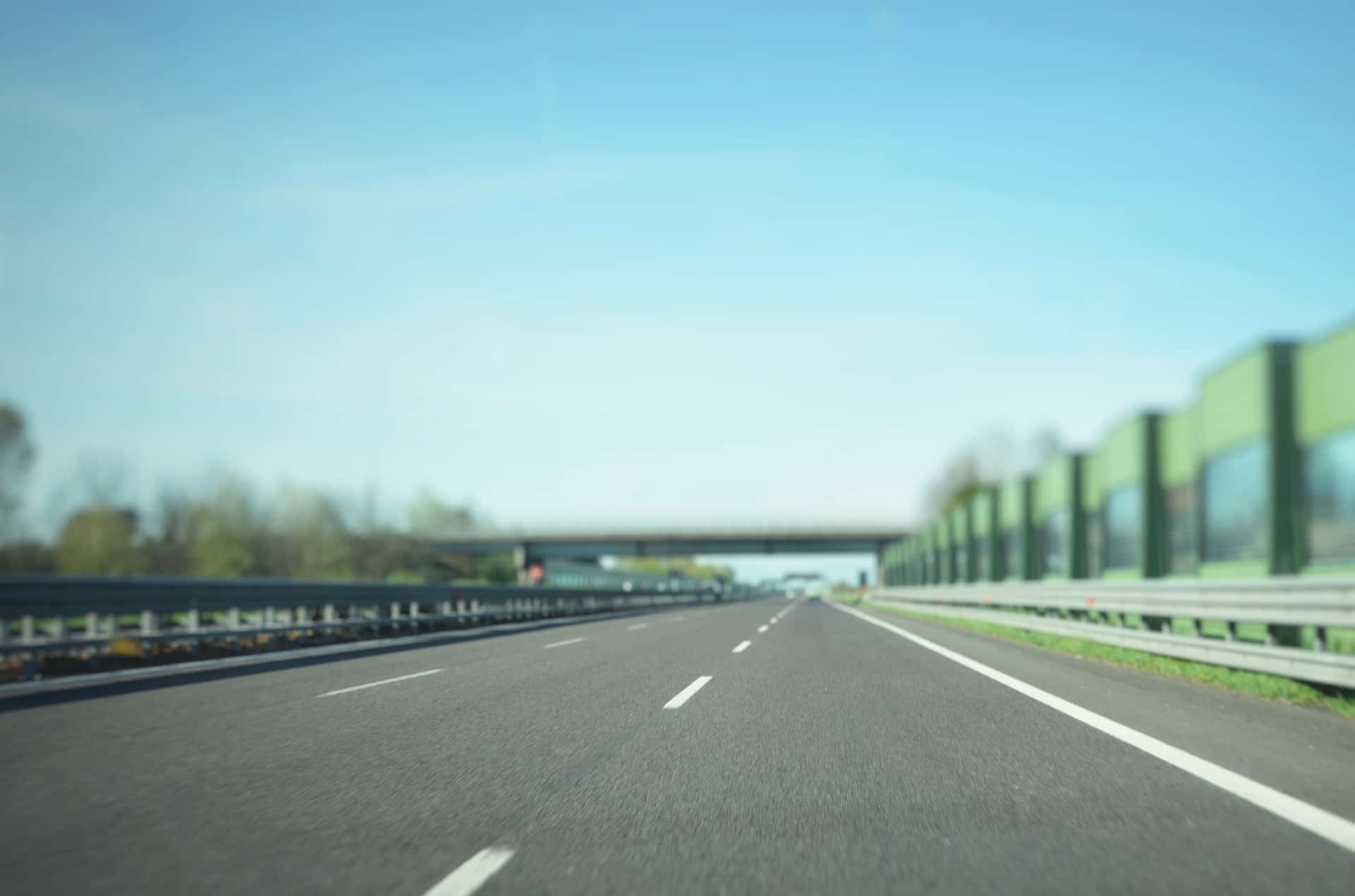 Just about every driver in the world right now, whether they drive a Nissan Leaf or not, is starting to ponder the problem of EV range anxiety. Even if now you have a gasoline car, in more and more places around the world, the death knell is being rung for sales of new gasoline, diesel and even hybrid cars by 2030, 2035 or 2040. It is fast becoming a common goal among the world’s nations, and cars like the Nissan Leaf will soon become the norm.

Contents hide
1 Solving Range Anxiety in a Nissan Leaf: Charging While Driving
2 Regenerative Braking: A Step in the Right Direction
3 Rooftop Energy: Will Solar Panels on the Roof of the Leaf be enough?
4 Smart Roads: Charge While You Drive
5 Smartphones, Smart Watches, Smart…Pavement?

Solving Range Anxiety in a Nissan Leaf: Charging While Driving

The current top range of a Nissan Leaf is 149 miles in the 2020 model, and 226 miles you buy the LEAF PLUS model, which has a 62kWh battery instead of the 40kWh one. It sounds okay, but any journey of significant length will now trigger range anxiety.

To many, the obvious solution to range anxiety, besides building batteries and EV propulsion systems that can take your further, is to make it so that range almost doesn’t matter at all. The way to do that is to make the car able to charge itself up as it drives. Many of us have some experience with devices like these, and they’re often solar powered. You know that calculator you never change the batteries for? Or those lights you put in the garden to create ambience at nighttime? All of those are solar powered, they charge during the day so they can work at night.

The conundrum with driving is similar. What we want is for the Nissan Leaf to charge while we’re on the road. Well, why can’t it? The main and most obvious reasons we can’t do that right now are as follows:

Of these, the last three points are perhaps the worthiest of our attention. It doesn’t seem like a practical idea to tether everyone to either a home electrical outlet or a public charging station and have ultra-long cables trailing about our towns and cities.

Regenerative Braking: A Step in the Right Direction

One of the most interesting technologies to have emerged and been integrated into current EV and PHEV technology is that of regenerative braking. In short, what happens is every time you apply the brakes, the car is able to capture the kinetic energy lost when decelerating and transfer it back into the battery as stored energy to use to propel you forward.

When you’ve been pressing on the gas pedal, and you’re moving at considerable speed, your car now has a great deal of kinetic energy built up. In the early industrial age, as we needed a method of slowing down the ungodly machines that were building, we used friction brakes, which converted that kinetic energy into heat which dissipated into the air around it. Regenerative braking is a more innovative way to capture and re-use the energy; it’s a kind of recycling.

It sounds fantastic, right? All you’d have to do is basically brake more than you accelerate and you’d steadily build up energy, no? Alas, owing largely to our inability to break the laws of physics just yet, we are stuck with the reality of thermodynamics. No machine is 100 percent efficient, and so when energy is transferred, in whatever form, there is energy lost. All regenerative braking can really do is stave off total depletion of the battery for a short period of time.

While some regen systems have achieved up to 70 percent efficiency, it by no means we can boost our Leaf’s range by 70 percent. It merely means we get 70 percent of what we would have lost back into the system to help with acceleration. Equally, we shouldn’t be sneering at the amount of energy that we do get back from regenerative braking. It can all make a difference. The Nissan Leaf is also uniquely able to boast great results thanks to the further innovation of the E-Pedal mode, which slows down and recaptures energy whenever you take your foot off the gas pedal, as opposed to others that recapture only when the brake pedal is activated.

So, in the end, regenerative braking is certainly helping to make the Nissan Leaf more efficient, but it’s not enough to keep the Leaf going indefinitely.

Rooftop Energy: Will Solar Panels on the Roof of the Leaf be enough?

Another quite novel solution that has been proposed to this problem is installing solar panels on the roof, and even the hood. Basically, anything with a flat surface facing upward is being turned into a solar panel. A handful of production models have even been fitted with this photovoltaic genius, including the Hyundai Sonata Hybrid.

Hyundai claims that its Sonata Hybrid can add 808 miles to its range. Don’t get excited, that additional 808 miles is annually, which works out to about 2.2 extra miles each day. Furthermore, to get even that level of boost, it has to spend 6 hours each day gathering energy from the sun.

A further luxury EV in the Netherlands from a start-up, Lightyear, thinks they have done better with their car, Lightyear One. The company claims that their car can gain 7.5 miles of extra range for every hour of full-on sun soaking. Imagine then, that you leave the Lightyear One in a sun-drenched car park for your entire 8-hour work day, you can regain 60 miles of range without even plugging in. For many, that would cover the entire commute. Very handy.

The latest efforts are being spearheaded by Toyota and electronics giant Sharp, along with the New Energy and Industrial Technology Development Organization of Japan. They claimed to be developing a Prius that can run indefinitely by using innovative super-thin solar panels that can work on curved surfaces. The process is merely at the prototype stage, however, so once again we are looking at a “not yet” scenario for our Nissan Leaf.

Smart Roads: Charge While You Drive

There is another solution that has been proposed to the problem of range anxiety, and that’s a wholesale upgrade of the pretty much the entire road network to create “Smart Roads.” The idea is to lay charging infrastructure beneath or within the surface of the road that can allow the wireless transfer of energy from the charging cables to the vehicles via induction.

Similar technology does exist in the form of induction charging pads that transfer energy to a car that parks above them. There are ideas to have them installed in garages to allow cars to charge wirelessly. Just as you can now place your cellphone on a wireless charging surface, you could park your car at home or in office parking lot/garage and have it charging all the time it’s there with no plug-in system.

South Korea has already pioneered this technology in a limited amount of public transport and found it every effective. The Online Electric Vehicle (OLEV) is the world’s first public transport bus to run on this type of energy. As the bus passes over the particular lane in which this system is installed (demarked by a prominent blue line), the distance between the vehicle’s charging receiver and the pavement is just 20cm (7.8”). Each section of the charging system only activates as the bus passes over it, at which time energy is transferred and the bus collects it. The process is very efficient, with only about a 15 percent loss of energy during the induction process.

It’s ingenious, and if implemented and put firmly into the mainstream of public roads and transportation, could really solve this issue. We wouldn’t need anywhere near as many charging stations or other time-wasting devices, and could instead rely on these roads as our main power source, while topping up any remainder at home or in public charging stations on those occasions where we needed it.

To add to this, another company called Integrated Roadways envisions a system of roads fused with digital technology, sensors and fiber optic connections. This “smart pavement” wouldn’t just be able to charge our car, but could also feed us traffic information and other data, and better allow our cars’ autonomous driving modes navigate the way ahead.

Perhaps the next generation of Nissan Leaf will get everything it needs from the very boring-looking pavement that sits under its alloy wheels. It’s hard to imagine right now, especially as it would mean replacing countless thousands of miles of pavement to get a viable network going. Mind you, Rome wasn’t built in a day, and we’d have to start somewhere.

The goal of being able to charge cars while driving is the right one. Companies like Tesla and upcoming rival Lucid are developing machines that reach up into the 500+ mile range. As they do, their well-to-do drivers are starting to heave a sigh of relief from their range anxiety. The Nissan Leaf, being a bit more budget friendly and only capable of 226 miles maximum, may need a bit more of a helping hand if it’s to remain a go-to EV choice for the masses!

Can a Nissan Leaf charge while driving? No, not in any meaningful way, but one day soon it might!