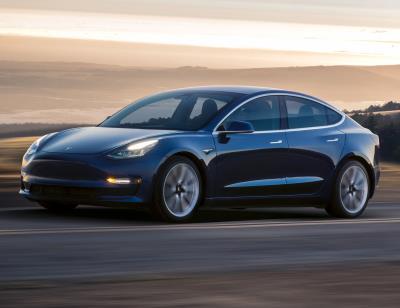 In Hollywood movies, the teasing revving up of a car engine is typically the sign of an impending automotive duel of some kind, like a drag race. The revving sounds of cars have often been used to build tension before some dramatic run of a car, but will that be able to continue in the age of all-electric cars?

One of the biggest things that attracts buyers to a car is the rich, powerful sound that it produces via the exhaust. The sound of revving is like music to the ears of the common gearhead. On the flip side, electric cars are celebrated by many because of the lack of noise that emerges from them as they power up and depart.

In many ways, the vastly reduced noise of electric vehicles is a welcome change to many neighborhoods who for years have been plagued by noise pollution. Others are disappointed to lose that bit of audio that over the years became such an iconic part of many cars’ identity. In fact, the absence of revving noises in electric cars has created other concerns

Contents hide
1 What Concerns Exist Over the Quietness of Electric Cars?
2 What is that Sound I’ve Heard on Electric Cars Before?
3 Will Electric Cars Ever Gain a Real Revving Noise?
4 Are Things Different for the Formula E Track Cars?
5 What Will the Driving Future Sound Like?

What Concerns Exist Over the Quietness of Electric Cars?

When travelling at slow speeds, the extreme quiet of electric cars poses a very serious danger to people’s safety. This especially applies the hard of hearing or anyone who has become just a bit too used to listening out for traffic on the roads before blindly taking their chances and crossing over.

At higher speeds, you would very likely hear the sound of the car’s tires rolling on the road anyway, but on high-speed roads the danger is less present since they’re not nearly as often flanked by throngs of pedestrians.

What’s the solution then? We know it’s possible to create a revving noise an electric car. It would have to be an artificial sound effect, of course. Electric cars by their very construction are unable to rev like gasoline cars because it’s not taking in air at varied rates to power the throttle. Nevertheless, solutions for sounds have already been made. One of the reasons for this has actually been government intervention, with some authorities ordering the inclusion of these sounds at least at low speeds to protect hard-of-hearing civilians from accident risk.

What is that Sound I’ve Heard on Electric Cars Before?

Government mandate or no, some companies have already invested rather heavily in creating their customer-pleasing artificial engine noises. One such example is Tesla, who worked closely with audio giant Harman to synthesize sounds that would not just sound familiar to passers-by, but also give Tesla drivers themselves a pleasing automotive symphony when driving the otherwise silent Tesla vehicles.

Let’s take a Tesla Model S as an example. Harman have managed to install a digital signal processor and external speakers to allow faux engine sounds to be heard both inside and outside the car. Two sounds that they have installed represent quite diametrically opposite ideas, but were likely chosen to appease each end of the spectrum that cared about the sounds the most.

The first sound Teslas can produce is that of the very thing that Tesla does not have and will never have — a V8 engine. As you accelerate, the revving noise is emulated with scarily accurate results, even mimicking the shifts in the gears. That’s especially amazing when you consider that there isn’t even a gearbox in a Tesla car, nor any spectrum of gears.

The second revving sound they can produce is an ultra-futuristic sound that some have compared to that of a UFO revving up to set off on some intergalactic journey. The more optimistic describe it more as the signature Tesla sound. It represents a new generation of automotive innovation — having your eco-friendly cake and eating the revving gasoline version, too.

The Jaguar I-Pace was also fitted with similar abilities to generate the artificial noise, but Jaguar have always insisted that they did it strictly because it was mandated for safety reasons. To that end, you should expect some level of revving sound to be a standard feature on any all-electric car.

Will Electric Cars Ever Gain a Real Revving Noise?

The source of the revving sound in your old gasoline car is triggered by the fast and varied intake of air, which causes noise and vibration, generating that oh-so-familiar “vroom, vroom” sound that everyone knows and loves. Electric cars don’t have air intakes, pistons, cylinders or even an exhaust system. In short, they have no combustion-engine-style mechanical parts or gears and therefore by definition there’s no by-product of their operation that would generate a revving noise.

Hybrid cars, on the other hand, do have a revving noise, and that is because they contain both electric systems and gasoline-powered systems. The hybrid was built for people who need urban efficiency but also serious range for highway driving. When it’s running on gasoline and you put your foot on the gas, then you’ll hear the “vroom, vroom” as you would with any regular gasoline or diesel car.

Are Things Different for the Formula E Track Cars?

Since the Formula E was founded back in 2014, many fans have become quite familiar with the shrill, rising electric whine of the car as it accelerates to break-neck speeds. It has been enhanced over the 5 completed seasons it has been through, but many continue to feel that it just sounds like a jacked-up golf cart zooming down the fairway.

This in no way detracts from the otherwise stellar quality of Formula E cars or races. It’s an extremely promising motor sport offering fans a competitive driving experience in which drivers’ skills are favored over their cars (all Formula E cars follow just about the same specification), and the real city-street tracks that make it feel like all the action is happening right outside their window. But, all of that’s for another article.

After reflecting on this topic, there are some important things to take away. First of all, the revving sounds of electric cars will always be, by virtue of the nature of EV design, artificially introduced. It seems that, for now at least, the only way that it can evolve is through the quality of the sounds produced by companies like Harman being enhanced.

Who knows? Perhaps 10 years from now the sound your electric car makes will be like choosing a ringtone on your smartphone. It could feasibly happen.

Second, our nostalgia for the revving noise is most likely only fueled by the sudden and extreme nature of the change between it and the sound of electric cars. We only think we will “miss” the revving is because we know it’s going away. Cars have always changed, and things about the cars have always changed. Every time, people have said they will miss the old way of doing things, but the change came and people adapted. There’s no reason that it won’t be the same with electric cars.

Finally, sports like Formula E — even though they also can’t deliver on a sound as rich and satisfying as that of a Formula 1 car — represent new and exciting directions in which electric cars can take us. So, forget the old-fashioned revving of gasoline engines past. It won’t come to the electric car in any genuine way, and it doesn’t really need to beyond reasons of safety. Embrace the new automotive world!