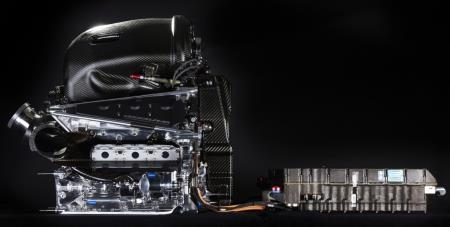 Whether your car is an all-electric car, hybrid or internal-combustion-engine (ICE) car, one thing you can’t do without is electrical power. Given the total dominance of the ICE car in the past century and more, many people have become familiar with the particular language of devices that are used in this power generation — battery, dynamo, alternator etc.

Today we’re looking in particular at the dynamo, its function, and we will be asking ourselves the question of why it is that the dynamo doesn’t feature in all-electric cars. In fact, the dynamo itself doesn’t feature so prominently in most modern cars at all, but its close cousin the alternator does. Let’s take the two as essentially the same device performing the same function but in different ways.

Why, then, would an electric car, dependent on electricity to run, not require a dynamo to work?

Contents hide
1 What is a dynamo, anyway?
2 Why Don’t EVs Typically Have Them?
3 Do any EVs have them?
4 Is it a disadvantage for EVs not to have dynamos?

What is a dynamo, anyway?

This is a good starting point. Let’s be clear on what dynamos are, and also how they differ from their close relative and modern replacement, the alternator. In short, the dynamo is a generator. It produces electricity through fine wire that rotates within a magnetic field. Magnets are placed around the spinning wires to generate and create that magnetic field. The faster the wires are spinning, the more voltage that is produced.

These were used commonly until around the 1960s, when they were replaced by the more efficient alternator. This device actually had exactly the same function, but reversed the nature of the process. Rather than the wires rotating within a field generated by stationary magnets, the magnets became the moving parts, spinning around the wires. Where the dynamo produced a direct current (DC), the alternator produces an alternating current (AC), and so works in conjunction with diodes that convert the flow from AC to DC, which is required for systems like headlights and the car’s horn.

The key advantage of the alternator over the original dynamo is that they were able to output more energy even when the engine speed was very low. This meant that to recharge the car’s battery, you could just start the car and idle it for a while. With a DC dynamo, you couldn’t do this. For the purposes of this article, we will essentially use the term “dynamo” to refer to electric generator, referring to any kind of device that performs this function.

Why Don’t EVs Typically Have Them?

The short answer to this question is that electric vehicles don’t require dynamos to run. The dynamo is essentially a component required for an ICE engine, whose 12V battery can be maintained just by running the engine and driving the car around. Electric cars, including many new hybrids, are “plug-in” vehicles, which means that we no longer rely on this operation to provide charge. We can recharge the battery simply by attaching our level 1 or level 2 charging cable from the car to our power source.

The EV battery itself also helps to explain why these vehicles do not require dynamos to work. A dynamo is a generator, but the EV doesn’t need an additional generator because it draws its electrical power from the Lithium-ion battery. The dynamo also generates and powers an ICE car’s 12V battery using physical, mechanical processes. Those in an EV are more advanced, electrical and digital processes. The mechanical side of an EV is far simpler and does not require the dynamo or any similar device to perform this function.

All of this still begs the question — “Why don’t you install an alternator so that you can charge the EV battery as you’re going along?” It seems logical, and appears to make a lot of sense. Could we not greatly extend the range of electric vehicles if we used alternators to keep generating power while you’re driving? It might only be a trickle, but enough to stave off battery depletion for hundreds of miles.

The answer to this question can be found in the laws of thermodynamics. Perhaps the best known such law is, “Energy can neither be created nor destroyed; rather, it can only be transformed or transferred from one form to another.” So, while we call the dynamo a “generator” it is really more of a converter. It has to take existing energy and convert it into electrical energy. Where does the energy come from? As we touch on above, the dynamo draws its generative power form mechanical processes which are carried out in the engine. Gasoline fuels the internal combustion engine, the energy from which turns belts and pulleys, which in turn creates mechanical energy.

An all-electric car does not have such an engine; therefore, the mechanical energy cannot be generated to work the dynamo.

Do any EVs have them?

In fact, they do. Remember that plug-in hybrid electric vehicles (PHEV) cars contain both an internal combustion engine and an electric motor. This is done to increase efficiency and allow drivers — especially urban drivers — to get the best of both worlds. They get electrical power for short distances and low-speed city driving to save gas, and a regular gasoline propulsion system for when they need to travel at distance.

A hybrid car, then, does come with a dynamo that helps to maintain the car’s 12V battery used for the various functions that is needed for. On an all-electric car, however, the need is not there for the reasons we have explained above. If you were to install a dynamo into an EV, then the only way for it to be functional would be to have the electric motor spin to generate the kinetic energy needed to run the dynamo, which in turn would generate electricity. This would be pointless, however, because we’d be merely using electricity to generate further electricity. Furthermore, it wouldn’t even be generating more electricity, but rather less thanks to the phenomenon of conversion losses.

Finally, there’s a more important reason that all-electric cars do not have dynamos installed. They have something much better – a DC to DC converter. As we touched on above, certain systems in the car like the headlights, car radio and other accessories do require a direct current (DC) to operate. The issue is that they only require a 12V system, but the typical EV battery pack is more than 300V direct current. The solution is a simple DC/DC converter which receives a higher voltage and lowers it to the required voltage before dispersing to the necessary systems. These devices are compact, self-contained and efficient with no mechanical parts. That means no maintenance.

There has been research that suggests using dynamos in electric cars could have some advantages. A 2012 paper from T. Allen Prasad and Lokesh Ramesh at the Sri Sairam Institute of Technology theorized that dynamos could be attached to each wheel and be able to charge without losing the car’s efficiency. It acknowledges, however, that the process of fitting the dynamos would be complex, and thus right now adding extra cost to an already-expensive car option.

In theory, the idea of a dynamo-like device that could maintain the charge merely by operating the vehicle is great, but the realities of our current technology and understanding of physics seem to prevent it. In the meantime, regenerative technology like regenerative braking can help to stave off energy depletion by at least recapturing some of the lost energy. As this develops, the efficiency of these systems will surely improve, but the question is how far can it really go?

Is it a disadvantage for EVs not to have dynamos?

Given the way that a typical all-electric vehicle operates, then it’s hard to say that not having a dynamo is a disadvantage. That’s how the work, without the mechanical processes that make dynamos work, and there’d be no point in using electricity for energy to give dynamos to make less electricity.

In PHEVs, on the other hand, the dynamo still has its key function for the internal combustion engine component, so it would probably be of a great disadvantage to them to be missing the dynamo component.

Finally, it’s hard to think of lacking a dynamo/alternator as a problem when technology such as the DC/DC converter, which allows voltage conversion without mechanical parts in a more compact and self-contained way, is around. This technology and future innovations will surely, sooner or later, render even the much-clung-to alternator obsolete in the all-electric future that inevitably awaits the automotive industry.