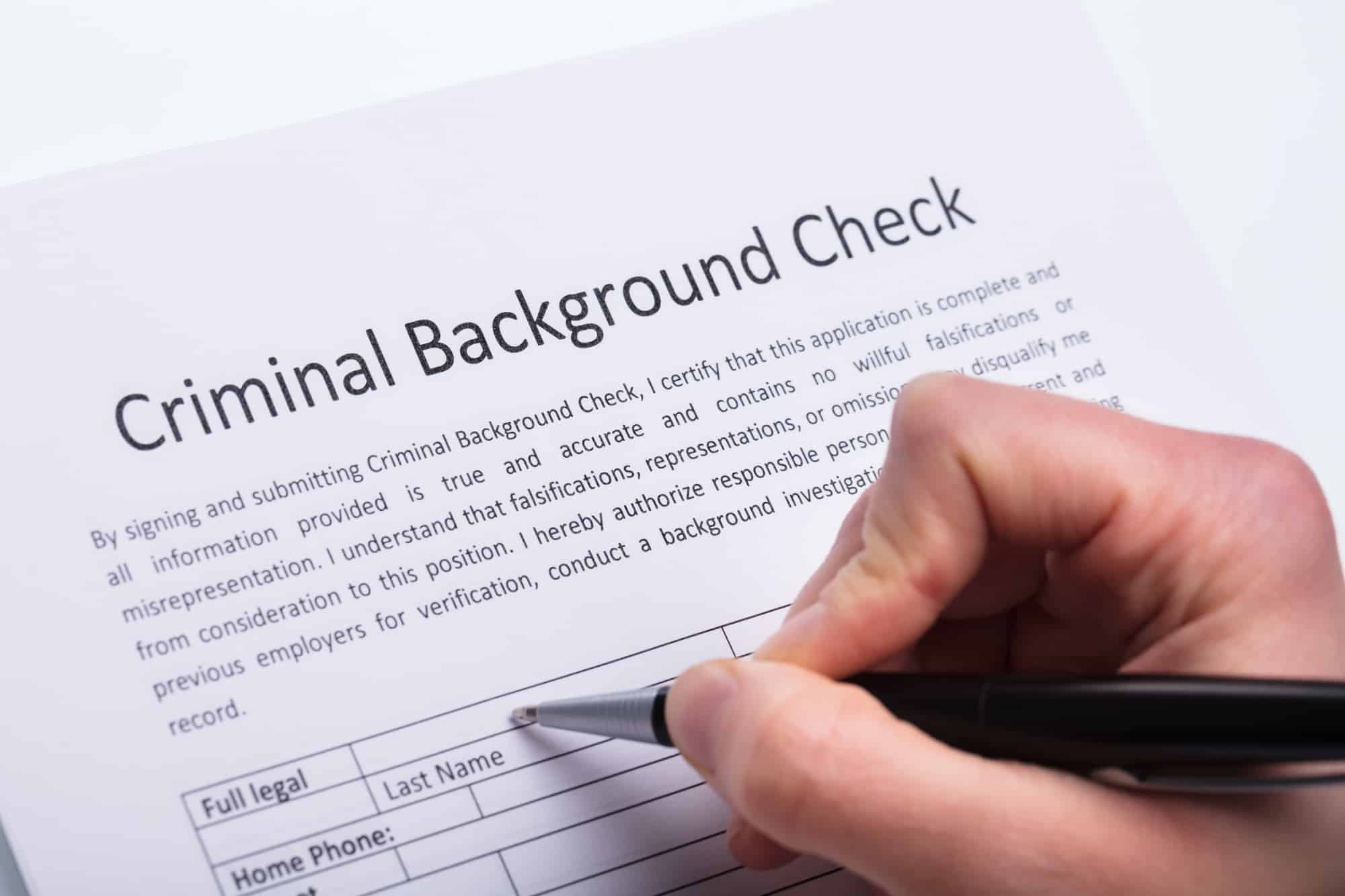 Certain companies in the world garner a lot of attention for their unique hiring practices. From famous interview questions, to personal interventions from the founder and/or CEO and unusual seemingly quirky demands that employers have of prospective candidates, the world of recruitment is certainly a diverse and interesting one.

In today’s blog, we are looking at questions specifically surrounding Tesla and their recruitment culture. In particular, we’re interested to know whether Tesla performs background checks on their candidates, and also if the company hires candidates whose background checks reveal felony charges against them.

Clearing Up the Terminology

First, let’s be clear about some of the legal and criminal terminology, because that’s important here. When we talk about background checks, we’re referring to official inquiries made into a person’s criminal past. A clean background check would indicate that the person in question had committed no criminal acts of any kind within the nominated period of the inquiring party. A typical period to check could be the past 5-10 years.

Three key words to classify the seriousness of offenses are important to know for today’s blog: infraction, misdemeanor, and felony.

What’s in a Normal Background Check?

As we look into whether or not Tesla does background checks, let’s again be clear about how these checks work. In many roles, in fact, pre-employment screening and criminal background checks are normal. There are some jobs for which you’d always expect there to be such checks, like teachers, hospital staff, police workers, etc. Others can be a little more surprising.

What Happens During the Background Check?

The employer in question will take the candidate’s full name, date of birth, Social Security Number, and a current and/or past address and supply it to an outside enterprise that specializes in such checks. These companies, the best of which are compliant with the Fair Credit Reporting Act (FCRA), have access to search through police records, Department of Homeland Security Records and others to see if the candidate is flagged up in any way.

After an allotted period of time – usually 2-4 weeks – the employer then receives a report from the company they have hired regarding the candidate. If their history is clean, the report will say as much. If anything comes up, the details will be listed in the report for the employer to view.

Does Tesla Perform These Background Checks?

In short, yes it does. In various job listings for Tesla, it states very clearly that “all potential employees will be required to successfully pass a comprehensive background check.” Interestingly, this isn’t stated in every listing, but perhaps that’s because they don’t need to.

We have further evidence for this from 2018 testimony from an applicant who was trying to get a job at the Gigafactory in Sparks, Nevada. User nyoung87 describes the experience saying how a position was offered but it was contingent on passing both a “background screen and a drug screen.” By this person’s own testimony, the period can be extremely nerve-wracking as it seems that Tesla on occasion makes the offer first and does the check next. In the example we mentioned, nyoung87 had already made preparation to move 2,000 miles to Nevada to take up the position. Had the background or drugs check thrown up anything unusual, then a lot of that preparation would have been for nothing and the candidate would have been left jobless.

Why Does Tesla Need to Perform Background Checks?

First of all, Tesla performs background checks on their prospective employees for the same reason any workplace would do: safety and security. In the first place, Tesla has a responsibility to its current employees not to hire anyone that would be a clear and present danger to the physical well-being of employees of whichever workplace into which the candidates were placed.

In the second place, Tesla also has to protect the security of its intellectual property. Tesla presents itself as an automotive company on the cutting edge of everything related to electric vehicles. In order to maintain that reputation, they must prevent the theft and dissemination of secret information that could help their competitors.

On January 22, 2021, CNBC reported an interesting story detailing Tesla’s legal action against former employee Alex Khatilov, a software engineer who is accused of stealing Tesla’s IP and breaching his contract.

In Khatilov’s case the company accuses him of uploading code that is used in the backend software system called WARP drive. This system is used, according to the CNBC report, “to automate a range of business processes involved in manufacturing and selling its cars.”

Mr. Khatilov is alleged to have begun this illicit activity very early on in his tenure at Tesla as he was only hired on December 28, 2020, with this legal action being publicly reported less than a month later. The value of the code is believed to be in that sharing it with competing enterprises would reveal, according to Tesla’s complaint, “which systems Tesla believes are more important and valuable to automate and how to automate them – providing a roadmap to copy Tesla’s innovation.”

What’s perhaps even more interesting is that this isn’t the first or only ongoing case regarding former employees being accused of taking trade secrets out of the door with them when they leave. In late 2018, Tesla sued Guangzhi Cao, who didn’t deny copying the source code for Tesla’s much-lauded (and sometimes criticized) Autopilot system to his personal drive before leaving. Cao claims that he never intended to sell it or give it away to competitors, but there was a lot of talk that he had promised the code to none other than one of Tesla’s main Chinese competitors, Xpeng. The case is ongoing, and all accused parties strongly deny any wrongdoing at this point.

Finally, another interesting question that fires up the employment discussion boards is whether or not Tesla hires those whose background checks show up felonies in the past 7 years (that’s the number of years Tesla background checks look at, apparently) with conflicting views appearing.

On the one hand, there are some sources that claim flatly and confidently that Tesla absolutely do not hire felons. Answering a question on an indeed.com forum, one user stated their answer to the question, “Do Tesla hire felons?”

“No – Does not matter what Internet says about Tesla being Felon friendly company. They do not hire felons – period.”

That was a quote answered in March 2021, which is very close to the time of publication of today’s blog piece. Others pointed in the polar opposite direction, however, equally confident in their claims that Tesla does, in fact, hire felons, including on who is a current employee in Nevada. Perhaps the felon in question is the responder to the question, but that remains to be seen.

In Tesla’s profile page on jobsforfelonshub.com, a platform that aims to support felons in finding work after their punishment is over and felons are trying to reintegrate into society, Tesla does hire felons. After detailing some background information on Tesla itself, the website points out that:

“based on our research, it appears that Tesla Motors does hire felons.”

They don’t offer any kind of guarantee on that statement being true, but they do claim to base the conclusion on reasonable assumptions based on information from multiple online sources.

Tesla is looking to aggressively expand its operation in the coming years. Right now, Tesla Motors makes a lot of its profit from the sale of its federal “Green Credits” to other automakers. That makes some sense in their current position since Teslas remain a somewhat premium product with a steep price tag that most people simply can’t afford.

With new and cheaper batteries on the horizon, however, and the promise of Teslas soon to be available that will break the elusive below $30,000 barrier, Tesla could quickly become a more viable mass-market option; the go-to EV company that everyone turns to when the big switch finally appears and new gasoline and diesel cars are a thing of the past.

As it grows, and EVs become the norm, Tesla will find itself among a great sea of competition. To stay competitive, they will have to have the best-possible and most trustworthy workforce out there. From the Gigafactory to corporate headquarters, every member of the Tesla team will have to be on the level. Not every job will have the same security needs, but there are many sensitive roles.

Anyone working on software, coding and other digital infrastructure would have to be carefully checked and chosen. Their own litigation experiences in the past few years should have taught Tesla that by now. Less technical roles, on the other hand, like assembly workers or maintenance crew, might not be candidates that the company has to overly worry about.

In this respect, it’s hard to deny that background checks are both reasonable and helpful to the success of Tesla as a player in the automotive sector.