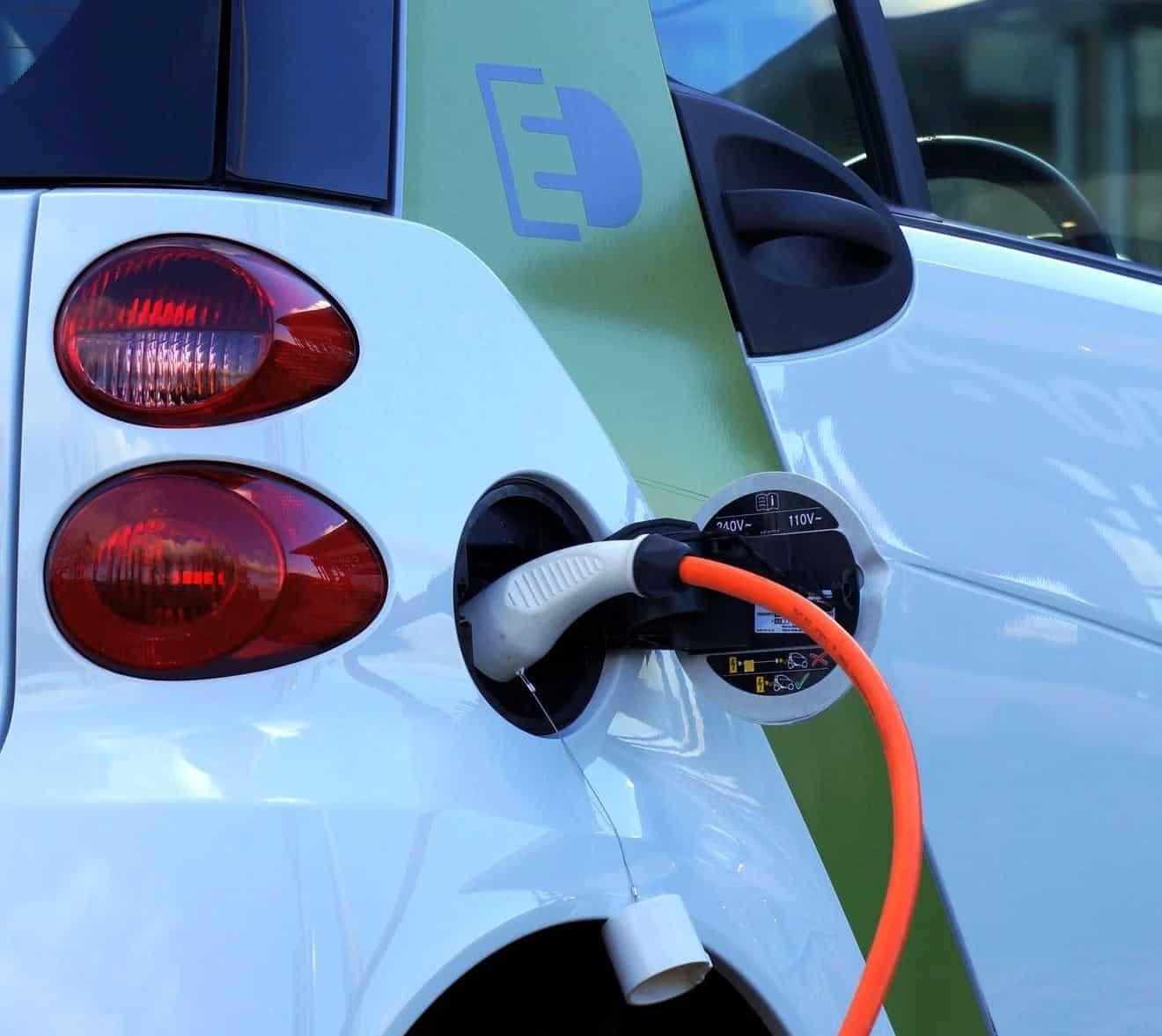 Electric cars are being given a hearty shove into the mainstream thanks to new government policies around the world that intend to outlaw the sale of new gasoline, diesel and hybrid vehicles at some point between 2030 and 2040. Even so, the picture right now is that EVs remain firmly in the minority, and a lot of households with an EV still have at least one hybrid/gasoline/diesel vehicle as well.

As a result, if you have both a ‘fossil fuel’ car and an EV, you may be wondering whether you can jump start your fossil fuel car’s battery with your EV? The short answer is…

Yes, in theory you can jump start a car with an electric car, but you must be very careful – and you may void your warranty! Jump starting using the traditional approach might make more sense.

Contents hide
1 An Interesting Scenario: A Flat Battery
2 Technical Possibility Vs. Real Advisability
2.1 Insufficient Power
2.2 Manufacturers’ Warning
2.3 Voiding the Warranty
2.4 But I Saw it Online…
3 Conclusion: Technically possible is not the same as advisable!

An Interesting Scenario: A Flat Battery

In the current climate of lockdowns and minimizing the use of our vehicles, a large number of cars are being left undriven for long periods. This is a practice that can cause the typical 12V battery that you find in most cars to deplete. The battery depends on regular driving activity to keep it fully charged.

Let’s say then that we have a household with two cars, one electric and one gasoline. The latter has a flat battery after a long period of not being used. The owners think to themselves what to do next. They’re quite car savvy, and in the past, they would have gone straight for the jumper cables to give the dead battery car a boost, or even just used a trickle charge to get it going again.

Now, however, the only other vehicle at their disposal is an electric car. Will it work in the same way? Can you hook up the jumper cables in a similar fashion, start up the car and then offer that essential jolt of power to bring the other car to life enough to help recharge that poor dead 12V battery? In today’s article, we’ll be exploring this very question.

Let’s first look into whether or not it can be physically achieved or not. On the surface, it may generate too many questions for the average driver to even contemplate attempting. Anyone can see that there is a world of difference between a gasoline car and an electric car, especially in the mechanics.

On the other hand, EVs still have one hangover from their earlier internal-combustion cousins, namely the 12v battery. With this in common, can these components not be connected, and the power from the EV be used to jolt the regular car back to life enough that its’s engine and crucial alternator get to work recharging the latter’s battery? Technically, yes, it can be done, but there are some serious drawbacks to even attempting it.

The main problem is that the power level in the EV 12v battery are different to those of a regular vehicle. They lack the punch that you would need to crank another car’s internal combustion engine. The same voltage rating isn’t enough, they just don’t pack the same kind of heat that a regular car does, primarily because there’s no real need for them to do so.

The main reason for this power difference is the method via which the power is transferred. In a traditional combustion-engine car, an alternator is used with the dual function of both supplying power to your on-board systems and also recharging the 12v battery as you drive along. The electric car battery, on the other hand, uses a DC/DC power converter which holds the charge in the 12v battery up and also supplies power to the low-voltage on-board systems. This is the key difference that makes EV batteries unsuitable for use in jump starting other vehicles.

You can open up the owner’s manual of pretty much any electric car out there and find the same advice from the manufacturer. It states quite explicitly on each model, do not attempt to use your electric car to jump start another vehicle. The Nissan Leaf manual, for example, states that the Leaf:

“cannot be used as a booster vehicle because it cannot supply enough power to start a gasoline engine.”

Another consideration here is the manufacturer’s warranty that comes with your vehicle. It is typically quite generous on electric models, given that there are not anywhere near as many mechanical components as in a regular gasoline vehicle. Attempting to use your EV to jump start a gasoline vehicle, however, could easily void that warranty, placing you at risk of great financial loss if you ever need to replace a key component like the battery pack.

Tesla drivers are likely aware of this danger. In the manual of the Tesla Model S you can find it stated quite clearly:

“Do not use the battery as a stationary power source. Doing so voids the warranty.”

But I Saw it Online…

There are already examples of videos online where people use electric cars like the Tesla Model 3 to jump start a gasoline car:

In some of them, there appears to be absolutely no risk involved and the procedure is made even easier by the fact that the EV battery is always on and being charged by the car’s main battery pack. This means that once the jumper cables are connected, it’s just a question of waiting a minute or two and then starting up the gasoline car.

It does indeed seep to be very straightforward, and indeed we have pointed out that the technical possibility is there. That doesn’t mean, however, that it’s an advisable course of action for car owners. The fact that it’s stated in your manual and could void the warranty on your car should be warning enough, but there is risk of other damage that could hinder you on a more day-to-day basis.

First and foremost, the inherent weakness of the EV 12v battery means that attempting to jump start another car will put undue strain on the battery itself.

Secondly, there is further risk of damage to the EV’s DC/DC converter that is necessary to keep the EV’s battery running at optimal power and charge. That’s a component you absolutely do not want to damage.

Finally, there is even some risk that the monitoring software used to check up on your EV battery could get confused or otherwise hindered by attempting to use the battery in this way (a way that for which it was not designed to be used)

Conclusion: Technically possible is not the same as advisable!

A good mantra for us to live by is that just because something is physically or technically possible, doesn’t mean that we should go ahead and do it. Right now, even with potential government rebates, electric vehicles are still significantly more expensive to purchase than regular gasoline cars.

There are also far fewer options to purchase used since the market is yet to fully mature. That being the case, it’s poor form to do anything that would put at risk the life or function of such a critical component of your electric vehicle.

Our advice is to follow the manual’s advice and avoid attempting this kind of jump starting between electric and non-electric cars. Even if it works 90 percent of the time, that one time out of 10 that it doesn’t could cost you severely, and the other 9 times might put your warranty out of commission!