Before looking at EVs, we’ll briefly recap on the purpose of transmissions/gears in a conventional, gasoline-fuelled car. The transmission’s job in a moving system is to ensure that the correct amount of power is applied to the wheels, to ensure that the ‘desired’ speed is achieved. Conventional cars and multi-gear bicycles are similar in this sense: they both have gears, which need to be set correctly (low gear when starting off; higher gear when travelling at higher speeds) to ensure continued movement. 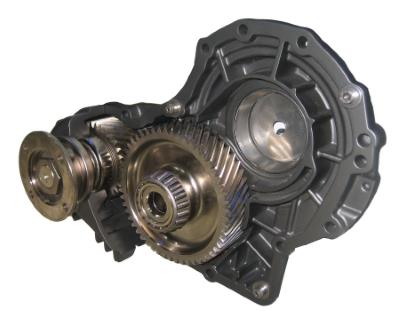 However gears can’t simply be changed to another gear: since it’s a mechanical operation, a ‘disconnect’ is needed before the gear can be changed up or down. With a bicycle, this is done via the chain operation. Whilst with a gasoline car, the transmission is the thing that provides the necessary disconnect with the engine to allow for the gear to be shifted upwards or downwards.

In a manual car, the clutch is the thing that allows you to ‘disconnect’ and change gear. In an automatic car, there’s an automatic transmission/gear shifter system which detects when a gear needs to change and applies this disconnect and change automatically.

Because this is a mechanical operation (aka there’s various moving parts), transmission fluid is needed to keep all the parts working together smoothly: transmission fluid is a slippery lubricant liquid. It also helps to cool things down, acting as a heat dissipator. It usually needs changing every 30,000 miles or so in a conventional car.

So as we mentioned above, the transmission is designed to ultimately turn the wheels. This is done by applying torque (rotational ‘movement’ energy). In conventional ICE cars, the ICE only generates usable torque in a fairly narrow band of RPM (engine ‘spin’ speed). Hence to keep things efficient, ICE (aka gasoline) cars have multiple gears which allow the engine to spin at the most ideal RPM range for the most ideal torque to be applied.

This is entirely different with electric cars. They have high-RPM electric motors which can apply the necessary torque in a much more fine-grained, consistent approach across RPM levels. As a result, an electric car only needs a single gear to function (unlike the ‘fussier’ ICEs which require gears to deliver the best torque). If you’re interested in the maths behind this, a great video is:

To summarize this video, however, EV motors function well at a broad RPM range. This means that there is no need for a traditional gearbox to keep the motor in any “sweet spot”. One of the reasons electric motors can survive at that RPM range is due to the limited number of moving parts within the motors. They also have no idle RPM needed. When a EV is stationary the RPM is 0 and there is no fear of the motor stalling. At the top end, EV’s can reach 10,000 RPM’s and some can even reach as high as 20,000.

Equally, the reason why many EV’s lack a gearbox or transmission is also because of it’s torque curve. The way torque can be applies would shred apart a traditional gearbox. You can apply such a large amount of power to the wheels so quickly in an EV that it would actually be impossible for a gearbox to be installed in most cases.

As explained above, EVs only have/need a single-gear - or at least, this was true for the vast majority of electric cars made in the past decade. As a result of this, a transmission system is not needed in an electric car. Instead, an EV will just have a fixed-ratio gearbox which aims to strike the right balance between acceleration and the top-speed.

Some recent EVs have started to have transmissions, and some will even have 2-speed ones - the Porsche Taycan is one, however ZF also recently announced 2-speed drives for passenger electric cars.

So gear boxes are coming to EV’s, and while it is not widespread it soon will be. The reason is because even a 2 speed gearbox will allow the cars to achieve better performance and a longer range. There is a present work around to this dilemma. The Telsa Model S, X, and 3 actually have gears in the front and rear motors. They are also developing a new way to better manage the torque curve to allow true multi gear transmissions in their vehicles.

So yes, you will need to change transmission fluid in EV’s at some point and even now depending on the model of your EV. Transmission fluid in EV’s is much different than the fluid found in combustion engines. Due the performance of a EV’s drivetrain the fluid needs to be able to withstand large fluctuations in power. Total lubricant provides a solution for EV’s on their website, for example.

However, there is something to keep in mind. Most EV’s are covered under the manufacture for maintenance. Due to the differences the motors can have, it is important that you contact your car maker to make sure you can use lubricants in their vehicles. To put it frankly, due to how new these vehicles are consumer end maintenance is not always recommended.

So it’s a little unclear, but our advice is to not change the transmission fluid on your Model S, unless specifically told by your dealer. If your EV has low mileage and no handling issues which might be drivetrain related, the car’s transmission fluid is almost certainly fine.

If for some reason you feel that your Model S’ transmission fluid needs changing but you cannot get to a main dealer, iFixIt has some - unverified - instructions on how to do this. As you can see, you need a special Tesla part you have to find online, and it is also quite an arduous process. All of the fluids used in these vehicles are specifically chosen when designing the power-train and so if you are worried about changing the transmission fluid, the solution is most likely a maintenance appointment with a dealership. 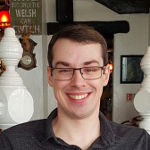